Recently the Centre for Literacy in Primary Education (CLPE) released the findings of a Reflecting Realities, a “new study into ethnic representation in children’s literature” and it’s a dire indictment of Children’s publishing today. Here’s a wee snapshot of their conclusions and some of our thoughts on the topic.

The aim was is to “quantify and evaluate the extent and quality of ethnic representation in children’s publishing in the UK”. They summarize their findings as follows. 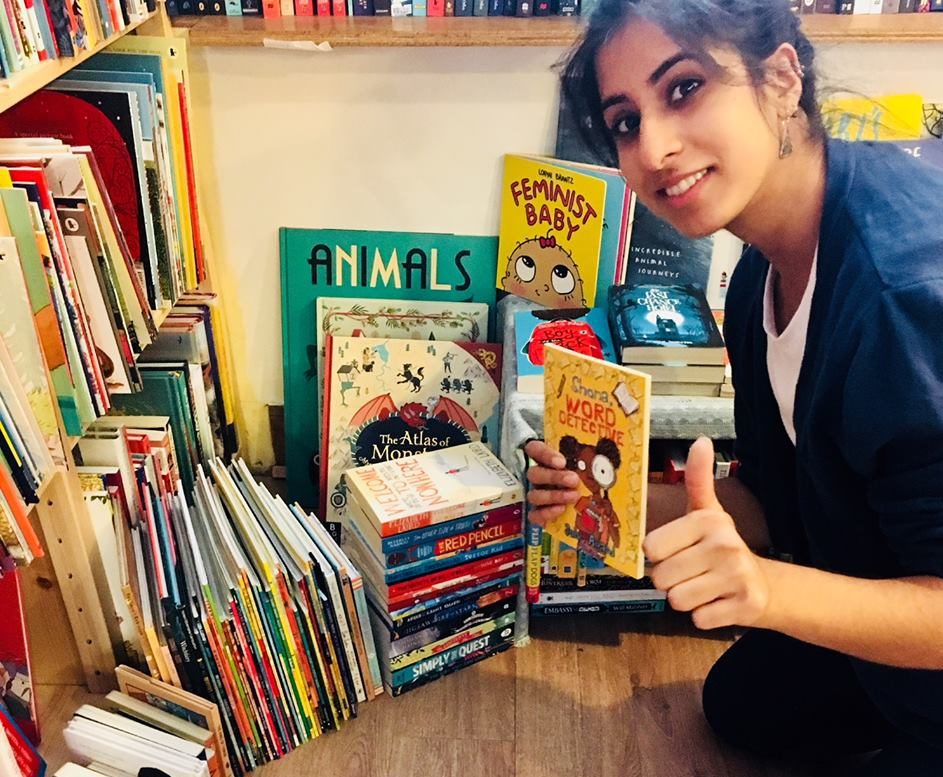 Speaking as a South Asian who grew up in the UK, I don’t actually remember seeing a single book when I was in primary school that had a non-white child in it, much less one who was the main character. In fact, the first time that I found out that being culturally and ethnically different could be a welcome thing, let alone celebrated, was when we studied a collection of poems at GCSE, and there was finally someone who wrote about wearing a shalwaar kameez.

Even though I was rarely able to put my finger on why feeling different sometimes felt so painfully humiliating and upsetting (despite how much my parents tried to help me), I realise now that not seeing myself represented in the books I was reading probably had a lot to do with it. Not only that, but those poems were also a shock to a lot of my classmates who had not read anything with non-white protagonists before.

The intention of that anecdote is not to call anyone out, not my school, not my classmates, not anyone, but it really has shown me how important even seeing someone with skin colour like yours can be for a child. And what’s truly sad is that in the twenty-ish years that I’ve been reading, the situation still hasn’t changed much.

The Reflecting Realities report does not come as a surprise to most of us who work around books, and yet it is still hard to swallow that despite the fact that 32% of the UK’s school age pupils are BAME, only 4% of the books they are reading will reflect even a glimmer of that reality. What a tragedy to whitewash the richness in Britain’s real diversity. Publishers are the gatekeepers to our world of books and these numbers evidence an enduring failure.

There are books out there that have brilliant, intriguing, inclusive casts of characters and we’re committed to having as many of them on our shelves as we can – they are not ‘niche’ they are vital and vibrant reading for all young minds So I’m including three suggestions of books that we have in the shop that really make me happy to see. Honestly, as I got further through the pile from which I picked them out, I felt more emotional – but some of that was also because a couple are just so. damn. cute!

FOR THE LITTLEST KIDS (3-6YRS)

Julian is a Mermaid by Jessica Love

Julian just wants to be like the three women he sees dressed up as mermaids. So when he gets home he pulls together his very own outfit – but what will Nana think when she comes home?

I fell in love with this book. It’s fun, loving, innocent, and wonderfully illustrated.

YOUNG READERS (7YRS AND BEYOND)

Princess Princess Ever After by Katie O’Neill

Sadie and Amira are two princesses who save each other, and then save others – not your usual damsels in distress, these gals are all about courage, love, compassion, and being heroes.

Admittedly this is not one of those cute books I mentioned earlier. Set in Palestine, Butterfly is trying to make sense of the world she’s living in, from the Israeli occupation, to sibling rivalry, to the inconsistencies in adult behaviour. But she’s clever, witty, and courageous, a kid who’s not afraid to ask questions.

This is just a snapshot of some of my favourites – just over a third of our children’s books include BAME characters.

All the books listed are available from the bookshop – please support your local independent bookshops and don’t buy these from Amazn! If you would like details of why to avoid this exploitative, socially damaging enterprise called Amazn please read THIS by the Ethical Consumer.

The Good Benefits Claimant and Why The Food Package Scandal Was Predictable
January 17, 2021

Why is writing still a guilty pleasure?
December 20, 2020