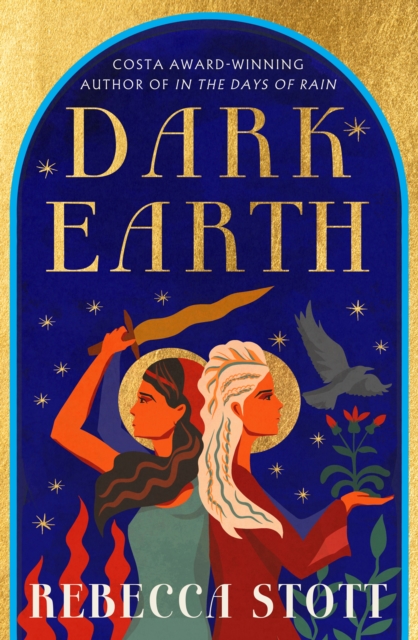 The new novel from the Costa-Award winning author of In The Days of Rain.

AD 500. An island in the Thames. Isla has a secret: she has learned her father's sophisticated sword-making skills at a time when even entering a forge is forbidden to women. Her sister, Blue, has a secret, too: at low tide on the night of each new moon, she visits the bones of the mud woman, drowned by the elders of her tribe who wanted to make a lesson of someone who wouldn't hold her tongue.

When the local Seax overlord discovers Isla's secret there is nowhere for the sisters to hide, except across the water to the walled ghost city, Londinium. Here Blue and Isla find sanctuary in an underworld community of squatters, emigrants, travellers and looters, led by the mysterious Crowther, living in an abandoned brothel and bathhouse. But trouble pursues them even into the haunted city.

Dark Earth takes us back to the very founding of Britain to explore the experience of women trying to find kin in a world ruled by blood ties, feuds and men in quest of a nation.

'Superb ... radically new and beautiful' Observer 'Thrilling' Alice Albinia, author of Cwen 'Pulses with the energy of a brave new world, a world as beautiful as it is dangerous, where a belief in myth and magic can save your life' Katherine J. Chen, author of Joan: A Novel of Joan of Arc