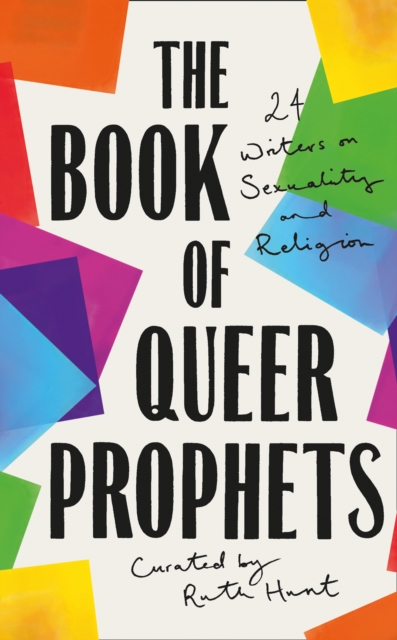 The Book of Queer Prophets : 24 Writers on Sexuality and Religion

Curated by Ruth Hunt, this is a vital collection of essays by LGBT writers exploring sexuality, faith and religion. Is it possible to believe in God and be gay? How does it feel to be excluded from a religious community because of your sexuality? Why do some people still believe being gay is an abomination? In this challenging and eye-opening collection of essays, former CEO of Stonewall Ruth Hunt invites Queer Prophets from around the world to share how they have been affected by these two aspects of their identity. Jeanette Winterson explains we all need to avoid using false binaries. Amrou Al-Kadhi writes about trying to make it as a Muslim drag queen in London. Archbishop Desmond Tutu's daughter, Mpho Tutu van Furth, relates her grief at being forced to give up her ministry in South Africa. Keith Jarrett reflects on his feelings of avoidance and shame in light of his Pentecostal upbringing, and John Bell writes about his decision to come out later on in life. Essays from: Jeanette Winterson, Mpho Tutu van Furth, Tamsin Omond, Dustin Lance Black, Amrou Al-Kadhi, Garrard Conley, Jarel Robinson-Brown, Andre Musskopf, Judith Kotze, John Bell, Padraig O Tauma, Keith Jarrett, Rachel Mann, Phyll Opoku-Gyimah, Erin Clark, Karl Rutlidge, Jeannie Gramick and Lucy Knight. Afterword: Kate Bottley