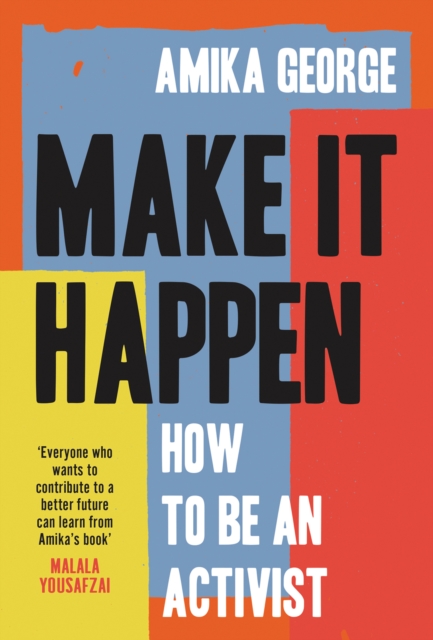 Make it Happen : How to be an Activist

GET UP. SPEAK UP. DON'T GIVE UP. In the spring of 2017, 17-year-old Amika George founded the Free Periods movement on behalf of every schoolgirl who couldn't afford tampons or sanitary towels. Three years later, in January 2020, these products became freely available to every schoolgirl in England for the first time, funded by the government. Anyone can make history, including a teenager launching a global campaign from their bedroom. And Amika will show you how, in this essential guide to being an activist. With chapters on finding your crowd and creating allies, going public with your campaign, how to use social media effectively and how to look after your mental health while protesting, Amika will show you how you can effect real and lasting change in your community, on the streets of your city, on your social media feed, in your country and in YOUR world. * Is the environment being overlooked in favour of driving profits?

* Do you see injustice and suffering all around you? * Have you hit upon a way to make the world a better place? This - rallying cry, stories and lessons, and interviews from Amika's fellow protestors and other changemakers - is your book. It's not too late. You're not too young. You are important. Rise up and be the change you want to see.