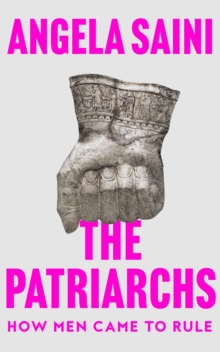 The Patriarchs : How Men Came to Rule

In this bold and radical book, award-winning science journalist Angela Saini goes in search of the true roots of what we call patriarchy, uncovering a complex history of how it first became embedded in societies and spread across the globe from prehistory into the present.

Travelling to the world's earliest known human settlements, analysing the latest research findings in science and archaeology, and tracing cultural and political histories from the Americas to Asia, she overturns simplistic universal theories to show that what patriarchy is and how far it goes back really depends on where you live.

Despite all the push back against sexism, abuse, and discrimination in our own time, even revolutionary efforts to bring about equality have often ended in failure and backlash. Saini ends by asking what part we all play - women included - in keeping patriarchal structures alive, and why we need to look beyond the old grand narratives to understand how it persists in the present.