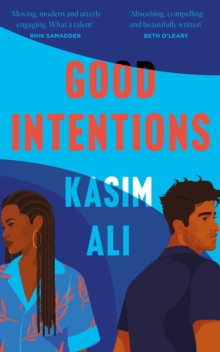 'Moving, modern and utterly engaging. What a talent' Rhik Samadder, author of I Never Said I Love You

A heart-wrenching and beautifully told debut novel about love, family obligation and finding your way. Nur and Yasmina are in love

They've been together for four happy years

As Nur's family counts down to midnight on New Year's Eve, Nur is watching the clock more closely than most: he has made a pact with himself, and with his girlfriend, Yasmina, that at midnight he will finally tell his Pakistani parents the truth.

That he has spent years hiding his personal life from them to preserve his image as the golden child. That he has built a life with a woman he loves and she is Black. Nur wants to be the good son his parents ask him to be, and the good boyfriend Yasmina needs him to be.

But as everything he holds dear is challenged, he is forced to ask, is love really a choice for a second-generation immigrant son like him? Deftly exploring family obligation and racial prejudice alongside the flush of first love, Good Intentions is a captivating and powerful modern love story that announces a thrilling new voice in British fiction. '

A magnificent and messy love story that broke my heart ... for anyone who has ever known what it is to be conflicted in falling in love' Huma Qureshi, author of How We Met