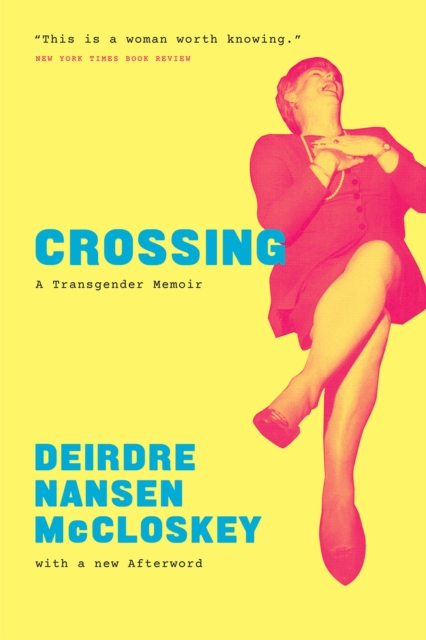 “I visited womanhood and stayed. It was not for the pleasures, though I discovered many I had not imagined, and many pains too. But calculating pleasures and pains was not the point. The point was who I am.”

Once a golden boy of conservative economics and a child of 1950s privilege, Deirdre McCloskey had wanted to change gender from the age of 11. But it was a different time, one hostile to any sort of straying from the path—against gays, socialists, women with professions, men without hats, and so on—and certainly against gender transition. Finally, in 1995, at the age of 53, it was time to cross the gender line.

Crossing is the story of McCloskey’s dramatic and poignant transformation from Donald to Dee to Deirdre. She chronicles the physical procedures and emotional evolution required, as well as the legal and cultural roadblocks she faced, in her journey to womanhood. By turns searing and humorous, this is the unflinching, unforgettable story of her transformation—what she lost, what she gained, and the women who lifted her up along the way.

Published to great acclaim in 1999, McCloskey’s memoir was a revelatory, trailblazing text that remains relevant today. For this reissue, she has added an afterword that picks up where the previous edition left off, detailing new reflections on womanhood, identity, and relationships in the twenty-three years since her transition. At a time when transgender rights are under threat in the United States and around the world, McCloskey’s story is more timely and vital than ever.