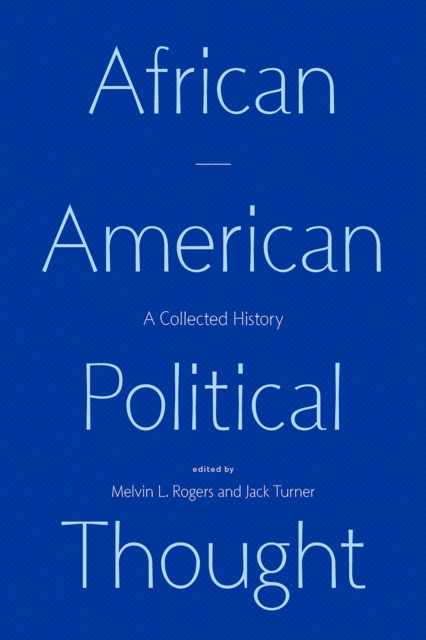 "African American Political Thought offers a history of thinkers from the African American community and African diaspora who addressed the central issues of the American polity: democracy, race, sovereignty, engagement. Melvin L. Rogers and Jack Turner have brought together leading scholars to reflect on individual thinkers from over the past four centuries and with an expansive approach to political expression, considering figures from Ida B. Wells to James Baldwin, Martin Delany to Audre Lorde, and W. E. B. Du Bois to Toni Morrison.

Transformative insights on political thought and democratic theory account for the contexts and conditions of black life, and thereby deepen inquiry into nationhood and citizenship. Rogers and Turner call on us to pluralize our sense of what kinds of political outlooks count as American an d reconstitute our frameworks for freedom"--