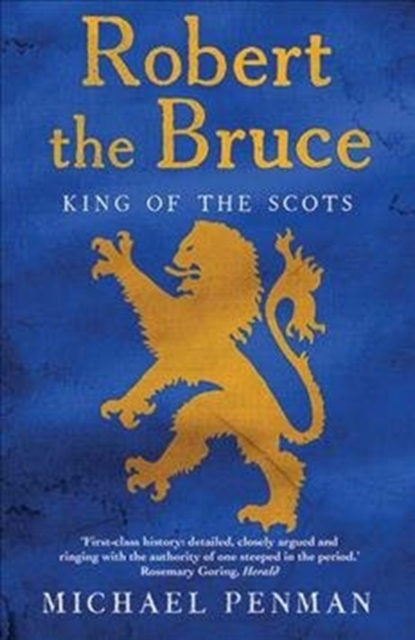 Robert the Bruce : King of the Scots

Robert the Bruce (1274-1329) famously defeated the English at Bannockburn and became the hero king responsible for Scottish independence. In this fascinating new biography of the renowned warrior, Michael Penman focuses on Robert's kingship in the fifteen years that followed his triumphant victory and establishes Robert as not only a great military leader but a great monarch. Robert faced a slow and often troubled process of legitimating his authority, restoring government, rewarding his supporters, accommodating former enemies, and controlling the various regions of his kingdom, none of which was achieved overnight. Penman investigates Robert's resettlement of lands and offices, the development of Scotland's parliaments, his handling of plots to overthrow him, his relations with his family and allies, his piety and court ethos, and his conscious development of an image of kingship through the use of ceremony and symbol. In doing so, Penman repositions Robert within the context of wider European political change, religion, culture, and national identity as well as recurrent crises of famine and disease.