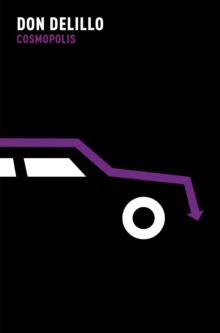 'A brilliant excursion into the decadence of contemporary culture'

Eric Packer is a twenty-eight-year-old multi-billionaire asset manager. We join him on what will become a particularly eventful April day in turn-of-the-twenty-first-century Manhattan. He's on a personal odyssey, to get a haircut. Sitting in his stretch limousine as it moves across town, he finds the city at a virtual standstill because the President is visiting, a rapper's funeral is proceeding, and a violent protest is being staged in Times Square by anti-globalist groups. Most worryingly, Eric's bodyguards are concerned that he may be a target . . .

An electrifying study in affectlessness, infused with deep cynicism and measured detachment; a harsh indictment of the life-denying tendencies of capitalism; as brutal a dissection of the American dream as Wolfe's Bonfire or Ellis's Psycho, Cosmopolis is a caustic prophecy all too quickly realized. 'A prose-poem about New York . . . DeLillo has always been good at telling us where we're heading . . . we ignore him at our peril' Blake Morrison, Guardian