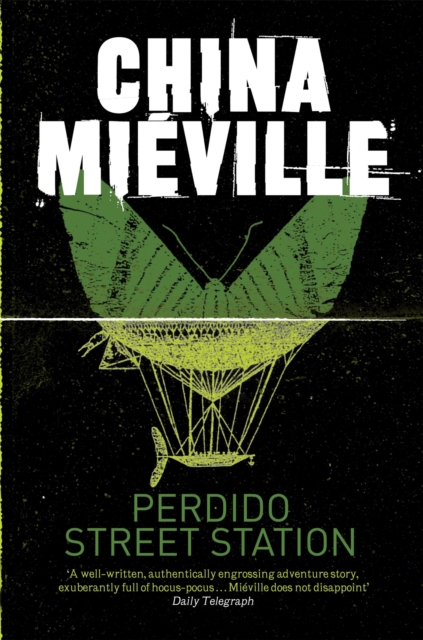 Winner of the August Derleth award and the Arthur C. Clarke Award, Perdido Street Station is an imaginative urban fantasy thriller, and the first of China Mieville's novels set in the world of Bas-Lag. The metropolis of New Crobuzon sprawls at the centre of its own bewildering world.

Humans and mutants and arcane races throng the gloom beneath its chimneys, where the rivers are sluggish with unnatural effluent, and factories and foundries pound into the night. For more than a thousand years, the parliament and its brutal militia have ruled over a vast array of workers and artists, spies, magicians, junkies and whores. Now a stranger has come, with a pocketful of gold and an impossible demand, and inadvertently something unthinkable is released.

Soon the city is gripped by an alien terror - and the fate of millions depends on a clutch of outcasts on the run from lawmakers and crime-lords alike. The urban nightscape becomes a hunting ground as battles rage in the shadows of bizarre buildings. And a reckoning is due at the city's heart, in the vast edifice of Perdido Street Station.

It is too late to escape.