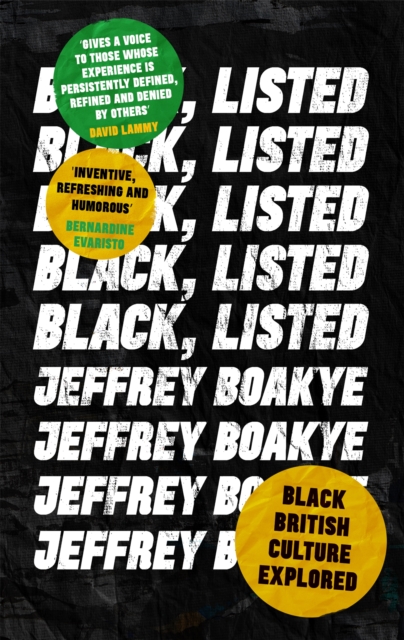 AFRO-CARIBBEAN. COLOURED. ETHNIC MINORITY. IMMIGRANT. BAME. URBAN. WOKE. FAM. BLACK. These are just some of the terms being wrestled with in Black, Listed, an exploration of twenty-first century Black identity told through a list of insults, insights and everything in between. Taking a panoramic look at global Black history and contemporary culture, this book investigates the ways in which Black communities (and individuals) have been represented, oppressed, mimicked, celebrated and othered. Part autobiographical musing, part pop culture vivisection, it's a comprehensive attempt to make sense of blackness from the vantage point of the hilarious and insightful psyche of Jeffrey Boakye. PRAISE FOR BLACK, LISTED: 'This book gives a voice to those whose experience is persistently defined, refined and denied by others' David Lammy, Guardian 'A panoramic exploration of black identity' Elle 'Urgent, timely reading' AnOther Magazine 'Inventive, refreshing and humorous' Bernardine Evaristo, author of Girl, Woman, Other 'A truly radical book, which manages to be unflinching and constantly entertaining' Caroline Sanderson, The Bookseller