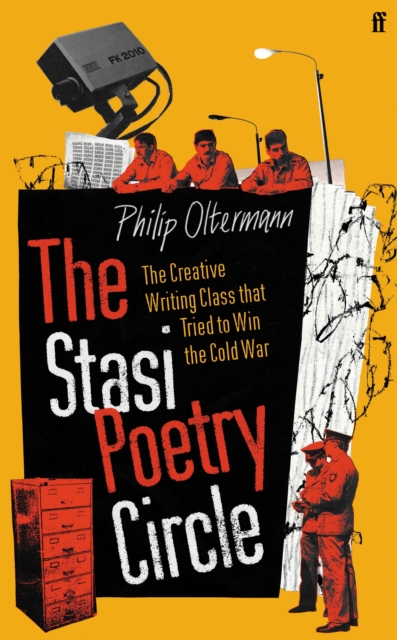 The Stasi Poetry Circle : The Creative Writing Class that Tried to Win the Cold War

The extraordinary true story of the Stasi's poetry club: Stasiland and The Lives of Others crossed with Dead Poets Society.

'A magnificent book . . . at once touching, exquisite, devastating and extraordinary.'PHILIPPE SANDS, author of East West Street and The Ratline

'A vivid, funny, and imperturbable portrait of Soviet Russia's most loyal satellite.'NELL ZINK

Berlin, 1982. Morale is at rock bottom in East Germany as the spectre of an all-out nuclear war looms.

The Ministry for State Security is hunting for creative new weapons in the war against the class enemy - and their solution is stranger than fiction. Rather than guns, tanks, or bombs, the Stasi develop a programme to fight capitalism through rhyme and verse, winning the culture war through poetry - and the result is the most bizarre book club in history. Consisting of a small group of spies, soldiers and border guards - some WW2 veterans, others schoolboy recruits - the 'Working Group of Writing Chekists' met monthly until the Wall fell.

In a classroom adorned with portraits of Lenin, they wrote their own poetry and were taught verse, metre, and rhetoric by East German poet Uwe Berger. The regime hoped that poetry would sharpen the Stasi's 'party sword' by affirming the spies' belief in the words of Marx and Lenin, as well as strengthening the socialist faith of their comrades. But as the agents became steeped in poetry, revelling in its imaginative ambiguity, the result was the opposite.

Rather than entrenching State ideology, they began to question it - and following a radical role reversal, the GDR's secret weapon dramatically backfired. Weaving unseen archival material and exclusive interviews with surviving members, Philip Oltermann reveals the incredible hidden story of a unique experiment: weaponising poetry for politics. Both a gripping true story and a parable about creativity in a surveillance state, this is history writing at its finest.