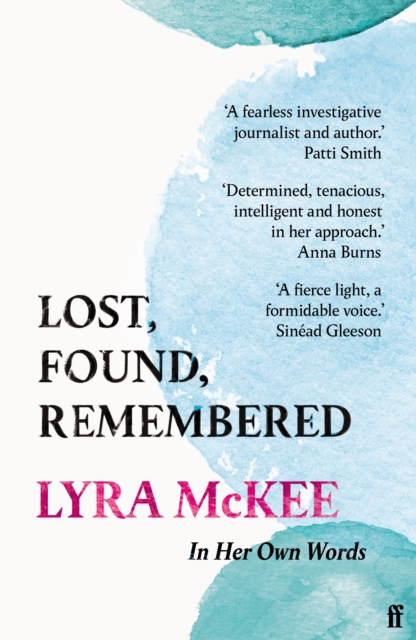 'Determined, tenacious, intelligent, and honest in her approach.' ANNA BURNS

A memorial collection of writings by the murdered young journalist Lyra McKee - from viral articles to unpublished material - that celebrates her life, work and creative legacy: one that will live on. When Northern Irish writer Lyra McKee was murdered in Derry in April 2019, aged just twenty-nine, she was survived by writings that had been read and loved by thousands worldwide. Compiled by those who knew her best, Lost, Found, Remembered weaves together the words that defined her reputation as one of the most deeply empathetic, politically urgent journalists of her generation. Showcasing the range of her voice by bringing together unpublished material alongside both her celebrated and lesser-known pieces, it reveals the sheer scope of McKee's intellectual and radically humane engagement with the world - and lets her spirit live on in her own words