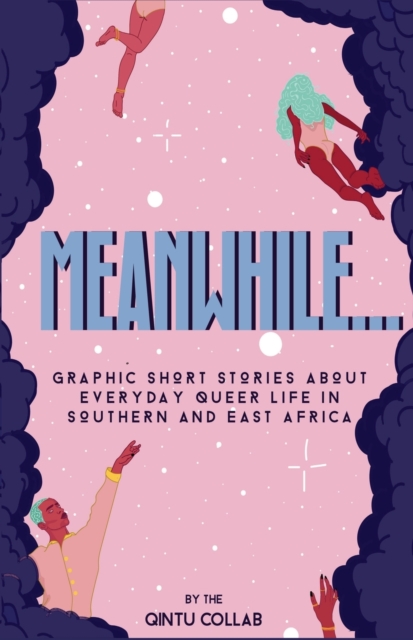 The lived realities of young queer people in African contexts are not well documented. On the one hand, homophobic political discourse tends to portray queer people as ‘deviant’ and ‘unAfrican’, and on the other, public health research and advocacy often portrays them as victims of violence and HIV. Of course, young queer lives are far more diverse, rich and complex. For this reason, the Qintu Collab was formed to allow young queer people from a few African countries to come together, share experiences and create context-specific, queer-positive media that documents relatablestories about and for queer African youth. We see this as a necessary step in developing a complex archive of queer African life, whilst also personalising queer experiences and challenging prejudicial stereotypes.

The Collab is made up of eighteen queer youth from Botswana, Kenya and Zimbabwe, two academics, three artists and a journalist. We first worked in small groups in each country through a range of creative participatory methods that focused on personal reflection and story-telling. Young people created personal timelines, and made visual maps of their bodies, relationships, and spaces. We then had group discussions about themes that emerged to help decide what to include in the comic works. At the end of 2018, we all came together in Nairobi, Kenya, for a week to collaborate on this comic book, and a set of podcasts on similar topics. We worked through various ways of telling stories, and developed significant themes, including family, religion and spirituality, social and online queer spaces, sex, and romantic relationships. Each young person created a script and laid out the scenes for a comic that told a short story from their lives.

They then worked one-on-one with an artist to finesse those ideas into a workable comic, andthe artists thereafter developed each story through multiple rounds of feedback from the story’s creator and the rest of the group.