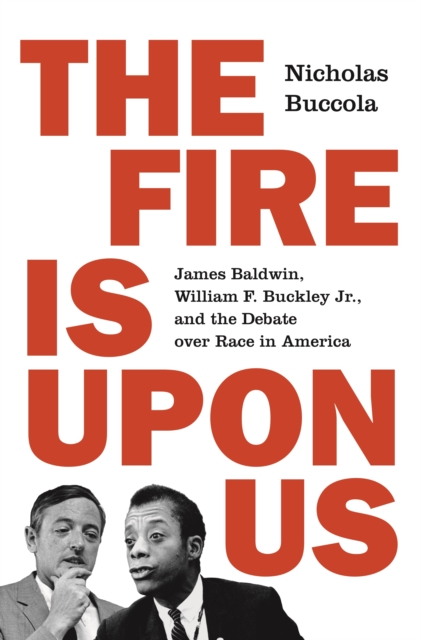 The Fire Is upon Us : James Baldwin, William F. Buckley Jr., and the Debate over Race in America

"In February 1965, novelist and 'poet of the Black Freedom Struggle' James Baldwin and political commentator and father of the modern American conservative movement William F. Buckley met in Cambridge Union to face-off in a televised debate. The topic was 'The American Dream is at the expense of the American Negro.' Buccola uses this momentous encounter as a lens through which to deepen our understanding of two of the most important public intellectuals in twentieth century American thought. The book begins by providing intellectual biographies of each debater. As Buckley reflected on the civil rights movement, he did so from the perspective of someone who thought the dominant norms and institutions in the United States were working quite well for most people and that they would eventually work well for African-Americans.

From such a perspective, any ideology, personality, or movement that seems to threaten those dominant norms and institutions must be deemed a threat. Baldwin could not bring himself to adopt such a bird's eye point of view. Instead, he focused on the 'inner lives' of those involved on all sides of the struggle. Imagine what it must be like, he told the audience at Cambridge, to have the sense that your country has not 'pledged its allegiance to you?' Buccola weaves the intellectual biographies of these two larger-than-life personalities and their fabled debate with the dramatic history of the civil rights movement that includes a supporting cast of such figures as Robert Kennedy, Martin Luther King Jr., Malcolm X, Lorraine Hansberry, and George Wallace. Buccola shows that the subject of their debate continues to have resonance in our own time as the social mobility of blacks remains limited and racial inequality persists"--