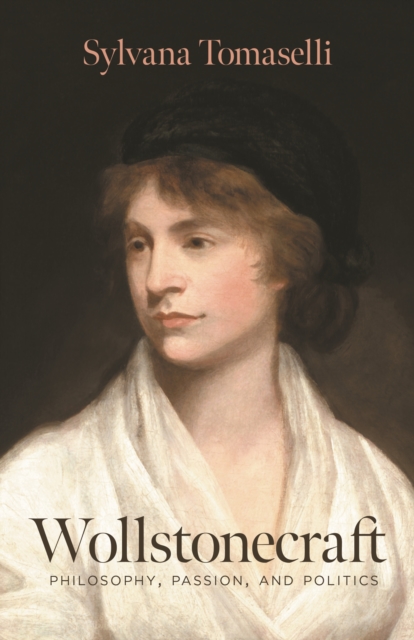 A compelling portrait of Mary Wollstonecraft that shows the intimate connections between her life and work Mary Wollstonecraft’s A Vindication of the Rights of Woman, first published in 1792, is a work of enduring relevance in women's rights advocacy.

However, as Sylvana Tomaselli shows, a full understanding of Wollstonecraft’s thought is possible only through a more comprehensive appreciation of Wollstonecraft herself, as a philosopher and moralist who deftly tackled major social and political issues and the arguments of such figures as Edmund Burke, Jean-Jacques Rousseau, and Adam Smith. Reading Wollstonecraft through the lens of the politics and culture of her own time, this book restores her to her rightful place as a major eighteenth-century thinker, reminding us why her work still resonates today. The book’s format echoes one that Wollstonecraft favored in Thoughts on the Education of Daughters: short essays paired with concise headings.

Under titles such as “Painting,” “Music,” “Memory,” “Property and Appearance,” and “Rank and Luxury,” Tomaselli explores not only what Wollstonecraft enjoyed and valued, but also her views on society, knowledge and the mind, human nature, and the problem of evil—and how a society based on mutual respect could fight it. The resulting picture of Wollstonecraft reveals her as a particularly engaging author and an eloquent participant in enduring social and political concerns. Drawing us into Wollstonecraft’s approach to the human condition and the debates of her day, Wollstonecraft ultimately invites us to consider timeless issues with her, so that we can become better attuned to the world as she saw it then, and as we might wish to see it now.