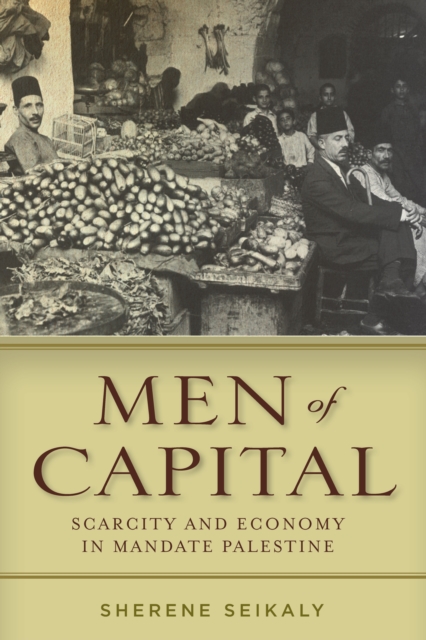 Sherene Seikaly More by this author...£21.99Usually 7-10 days for delivery
Share:

Men of Capital examines British-ruled Palestine in the 1930s and 1940s through a focus on economy. In a departure from the expected histories of Palestine, this book illuminates dynamic class constructions that aimed to shape a pan-Arab utopia in terms of free trade, profit accumulation, and private property. And in so doing, it positions Palestine and Palestinians in the larger world of Arab thought and social life, moving attention away from the limiting debates of Zionist-Palestinian conflict.

Reading Palestinian business periodicals, records, and correspondence, Sherene Seikaly reveals how capital accumulation was central to the conception of the ideal "social man." Here we meet a diverse set of characters-the man of capital, the frugal wife, the law-abiding Bedouin, the unemployed youth, and the abundant farmer-in new spaces like the black market, cafes and cinemas, and the idyllic Arab home. Seikaly also traces how British colonial institutions and policies regulated wartime austerity regimes, mapping the shortages of basic goods-such as the vegetable crisis of 1940-to the broader material disparities among Palestinians and European Jews. Ultimately, she shows that the economic is as central to social management as the political, and that an exclusive focus on national claims and conflicts hides the more complex changes of social life in Palestine.