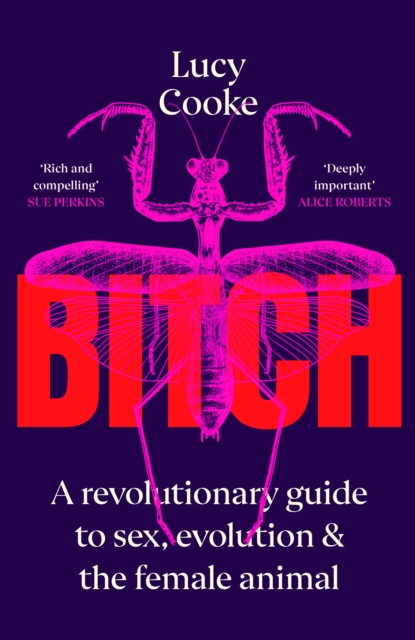 Bitch : A Revolutionary Guide to Sex, Evolution and the Female Animal

What does it mean to be female? Mother, carer, the weaker sex? Think again. In the last few decades a revolution has been brewing in zoology and evolutionary biology. Lucy Cooke introduces us to a riotous cast of animals, and the scientists studying them, that are redefining the female of the species.

Meet the female lemurs of Madagascar, our ancient primate cousins that dominate the males of their species physically and politically. Or female albatross couples, hooking up together to raise their chicks in Hawaii. Or the meerkat mothers of the Kalahari Desert - the most murderous mammals on the planet.

The bitches in BITCH overturn outdated binary expectations of bodies, brains, biology and behaviour. Lucy Cooke's brilliant new book will change how you think - about sex, sexual identity and sexuality in animals and also the very forces that shape evolution.