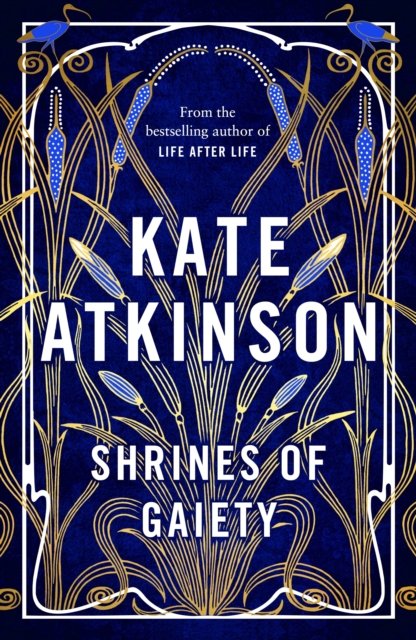 Shrines of Gaiety : From the global No.1 bestselling author of Life After Life

1926, and in a country still recovering from the Great War, London has become the focus for a delirious new nightlife. In the clubs of Soho, peers of the realm rub shoulders with starlets, foreign dignitaries with gangsters, and girls sell dances for a shilling a time. The notorious queen of this glittering world is Nellie Coker, ruthless but also ambitious to advance her six children, including the enigmatic eldest,

Niven whose character has been forged in the crucible of the Somme. But success breeds enemies, and Nellie's empire faces threats from without and within. For beneath the dazzle of Soho's gaiety, there is a dark underbelly, a world in which it is all too easy to become lost. With her unique Dickensian flair, Kate Atkinson brings together a glittering cast of characters in a truly mesmeric novel that captures the uncertainty and mutability of life; of a world in which nothing is quite as it seems.