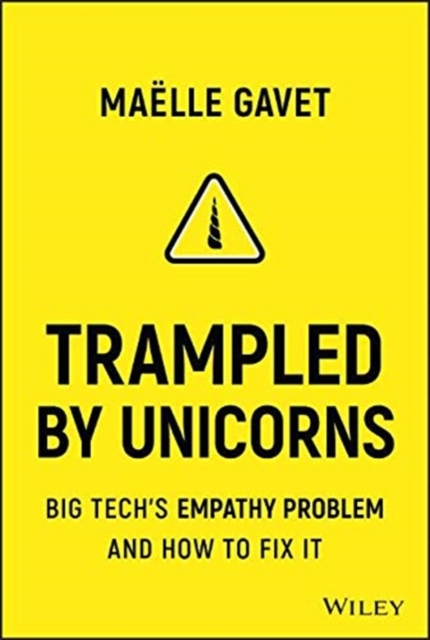 Trampled by Unicorns : Big Tech's Empathy Problem and How to Fix It

Written by a tech insider who has held leadership positions in high-growth tech companies in Europe, Russia, and the United States--and one of the few women to rise to the very top of the industry--Trampled by Unicorns lifts the lid on how many of the industry's household name companies lost track of their original ideals to build products that pay little or no attention to their effect on users, and still less to their wider social impact. Clearly, in the headlong rush to innovation and market domination, mistakes will be made. Yet all too frequently these companies, have demonstrated breathtaking naivete, concealed their errors, and even when caught red-handed, shrugged off responsibility.

In tracing the origins of Big Tech's empathy deficit, Gavet argues that they originate from three main sources: the Valley's cultural insularity, the hyper-growth business model, and the sector's stunning lack of diversity. Trampled by Unicorns is an inside account of how an industry came off the rails--and a passionate call to action about how to put it right.