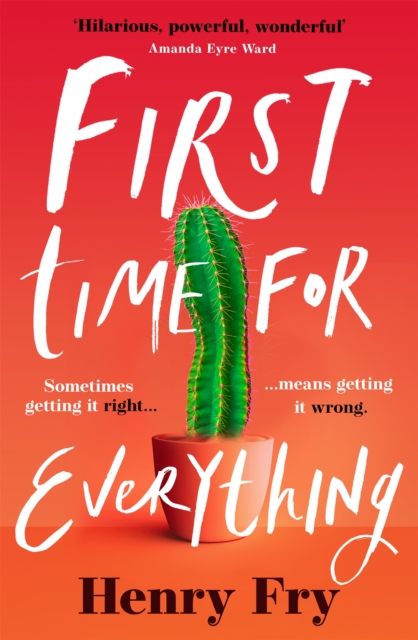 First Time for Everything

Danny Scudd is absolutely fine. At twenty-seven his life isn't exactly awful - he's escaped his parents' tiny fish and chip shop for a 'proper' writing job in London, his beloved collection of house plants are thriving and he's just celebrated his first anniversary with his boyfriend Tobbs.

But Danny's life is thrown into chaos when he discovers at an STI clinic that Tobbs might be cheating on him. And then he - and his plants - are unceremoniously evicted from his London flat. So, he's forced to move in with his best friend Jacob, a flamboyant non-binary artiste who Danny's known since childhood, and their eccentric group of friends in East London.

For the first time, and with the help of his inscrutable therapist and colourful new housemates, Danny realises how little he knows about himself - and slowly starts to question whether he is fine after all... An honest, hilarious and wickedly smart drama comedy about a young, shy, gay man who's made it through life by not really interacting with his sexuality. Perfect for fans of Ghosts by Dolly Alderton, Insatiable by Daisy Buchanan and How Do You Like Me Now? by Holly Bourne.