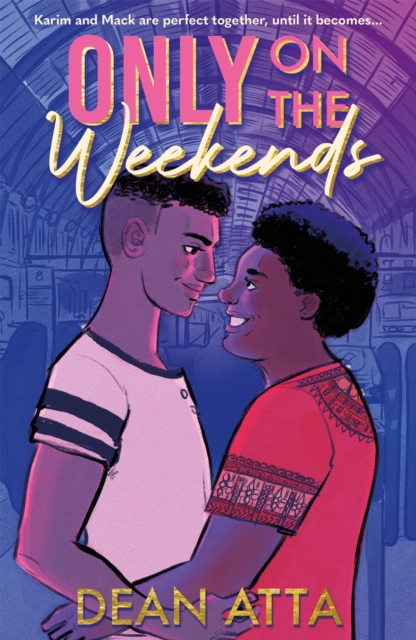 Only on the Weekends

Mack never thought he'd find love, but now two boys want to be with him. Will he choose Karim or Finlay? And can true love last for ever? A must-read queer love story for fans of Sarah Crossan and Sex Education, written in verse by Dean Atta. Fifteen-year-old Mack is a hopeless romantic - he blames the films he's grown up watching.

He has liked Karim for as long as he can remember, and is ecstatic when Karim becomes his boyfriend - it feels like love. But when Mack's dad gets a job on a film in Scotland, Mack has to move, and soon he discovers how painful love can be. It's horrible being so far away from Karim, but the worst part is that Karim doesn't make the effort to visit.

Love shouldn't be only on the weekends. Then, when Mack meets actor Finlay on a film set, he experiences something powerful, a feeling like love at first sight. How long until he tells Karim - and when will his old life and new life collide?