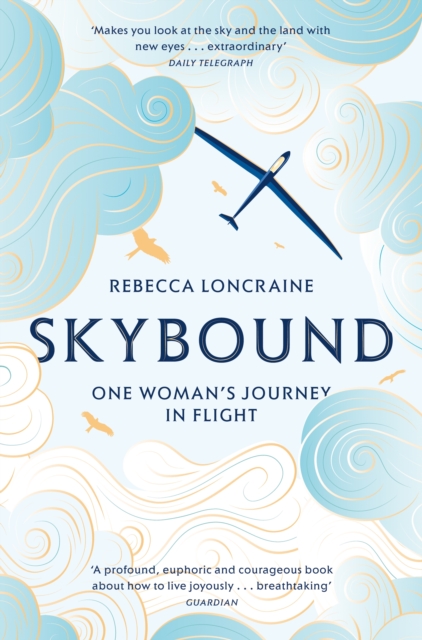 Skybound : One Woman's Journey in Flight

'A soaring gift of a book' Owen Sheers 'Remarkable' Mark Vanhoenacker, author of Skyfaring 'Stunning . . . a love letter to nature' Cathy Rentzenbrink, author of The Last Act of Love In her mid-thirties Rebecca Loncraine was diagnosed with breast cancer. Two years later, and after months of gruelling treatment, she flew in a glider for the first time. In that engineless plane, soaring 3,000 feet over the landscape of her childhood with only the rising thermals to take her higher and the birds to lead the way, she fell in love. If illness meant Rebecca had lost touch with the world around her, gliding showed her a way to learn to live again. And so Rebecca travelled from the Black Mountains in Wales to New Zealand's Southern Alps and the Nepalese Himalayas to chase her new-found passion: her need to fly with the birds, to push herself to the boundary of her own fear. Skybound is the story of that obsession and of Rebecca's incredible journey from the ground, into the sky and back again. Taking in the history of unpowered flight, and with extraordinary descriptions of flying in some of the world's most dangerous and dramatic locations, this is a nature memoir with a unique perspective; it is about the land we know and the sky we know so little of, it is about memory and self-discovery. Just as she finished writing Skybound Rebecca became ill again. She died in September 2016. And yet, Skybound is still a book about learning to live again: deeply moving, thrilling and euphoric, this is a book for anyone who has ever looked up and wanted to take flight.