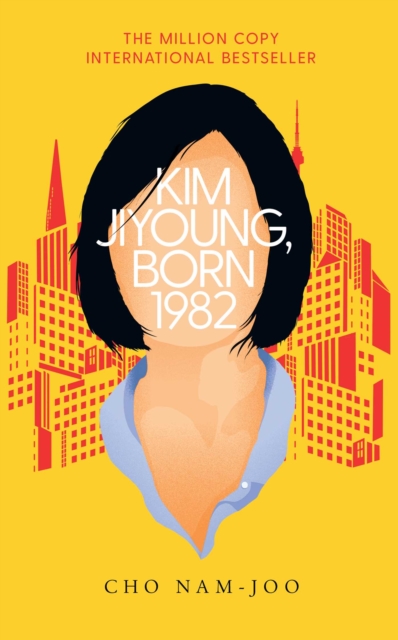 *Specially discounted from £12.99 to £9.99 for the Edinburgh University Book Club Society*

Kim Jiyoung is a girl born to a mother whose in-laws wanted a boy.

Kim Jiyoung is a sister made to share a room while her brother gets one of his own.

Kim Jiyoung is a female preyed upon by male teachers at school.

Kim Jiyoung is a daughter whose father blames her when she is harassed late at night.

Kim Jiyoung is a good student who doesn't get put forward for internships.

Kim Jiyoung is a model employee but gets overlooked for promotion.

Kim Jiyoung is a wife who gives up her career and independence for a life of domesticity.

Kim Jiyoung, Born 1982 is the South Korean sensation that has got the whole world talking.

The life story of one young woman born at the end of the twentieth century raises questions about endemic misogyny and institutional oppression that are relevant to us all. Riveting, original and uncompromising, this is the most important book to have emerged from South Korea since Han Kang's The Vegetarian.

"This is a book about the life of a woman living in Korea; the despair of an ordinary woman which she takes for granted. The fact that it's not about 'someone special' is extremely shocking, while also being incredibly relatable." Sayaka Murata, author of Convenience Store Woman

'I loved this novel. Kim Jiyoung's life is made to seem at once totally commonplace, and nightmarishly over-the-top. As you read, you constantly feel that revolutionary, electric shift, between commonplace and nightmarish. This kind of imaginative work is so important and so powerful. I hope this book sells a million more copies.' Elif Batuman, author of The Idiot (shortlisted for The Women's Prize)

'After reading Kim Ji-young, Born 1982, I started to think about things in a way I hadn't thought about them before. It reminded me of the unfair treatment I had experienced being a woman and I felt like I was caught off guard.' Soo-young, member of Girls' Generation "A book with unique implications; I was so impressed." BTS RM

"Written with unbearably clear-sighted perspective, Kim JiYoung, Born 1982 possesses the urgency and immediacy of the scariest horror thriller -- except that this is not technically horror, but something closer to reportage. I broke out in a sweat reading this book." Ling Ma, author of Severance