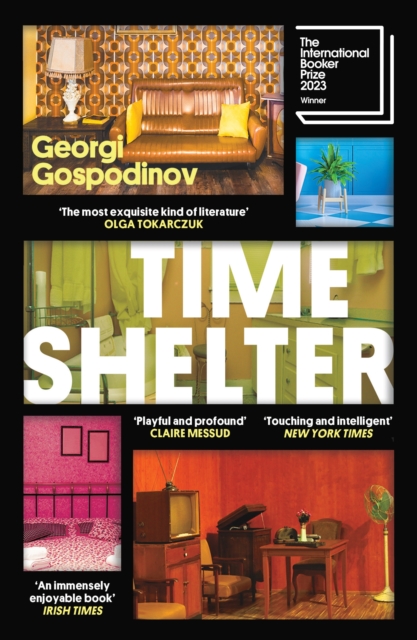 In Time Shelter, an enigmatic flaneur named Gaustine opens a 'clinic for the past' that offers a promising treatment for Alzheimer's sufferers: each floor reproduces a decade in minute detail, transporting patients back in time. As Gaustine's assistant, the unnamed narrator is tasked with collecting the flotsam and jetsam of the past, from 1960s furniture and 1940s shirt buttons to scents and even afternoon light.

But as the rooms become more convincing, an increasing number of healthy people seek out the clinic as a 'time shelter', hoping to escape from the horrors of our present - a development that results in an unexpected conundrum when the past begins to invade the present. Intricately crafted, and eloquently translated by Angela Rodel, Time Shelter cements Georgi Gospodinov's reputation as one of the indispensable writers of our times, a major voice in international literature. Georgi Gospodinov is one of Europe's most acclaimed writers.

Originally from Bulgaria, his novels have won his country's most prestigious literary prize twice and have been shortlisted for more than a dozen international prizes - including the 2015 PEN Literary Award for Translation, the Premio Gregor von Rezzori, the Premio Strega Europeo, the Bruecke Berlin Preis, and the Haus der Kulturen der Welt Literaturpreis. He has won the 2016 Jan Michalski Prize for Literature, the 2019 Angelus Literature Central Europe Prize and the 2021 Premio Strega Europeo, among others.