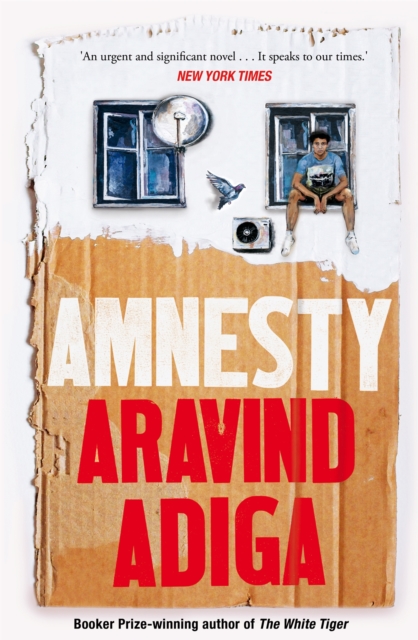 Books of the Year'From the bestselling, Booker Prize-winning author of the Oscar-nominated film The White Tiger, Aravind Adiga, comes the story of an undocumented immigrant who becomes the only witness to a crime and must face an impossible moral dilemma. Danny - formerly Dhananjaya Rajaratnam - is an undocumented Sri Lankan immigrant. Denied refugee status, working as a cleaner and living out of a grocery storeroom in Sydney, for four years he has been trying to create a new identity for himself, finally coming as close as he ever has to living a normal life. One morning, Danny learns that his client Radha Thomas has been murdered. A jacket was left at the scene, which he believes belongs to another client, a doctor with whom Radha was having an affair. Suddenly Danny is confronted with a choice: Come forward as a witness and risk being deported? Or say nothing, and let justice go undone? Over the course of a single ordinary, yet extraordinary day, he must wrestle with his conscience and decide if a person without rights nevertheless has responsibilities . . . Suspenseful, propulsive, and full of Aravind Adiga's signature wit and magic, Amnesty is both a timeless moral struggle and a universal story with particular urgency today. '[Adiga] is a startlingly fine observer . . . You come to this novel for its author's authority, wit and feeling on the subject of immigrants' lives.' - New York Times