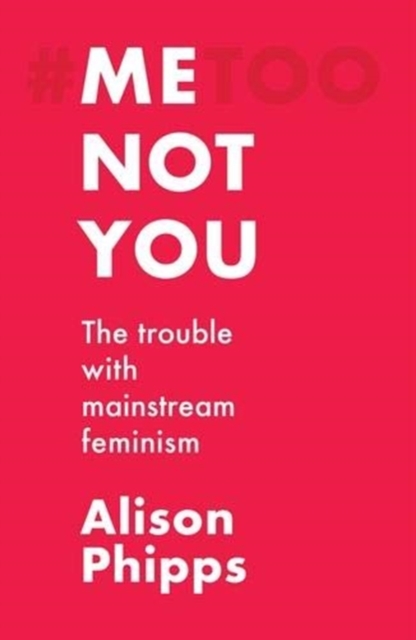 Me, Not You : The Trouble with Mainstream Feminism

One of the most vital feminist books to be published in 2020 - and we were lucky enough to discuss the book with Alison for #LighthouseLifeRaft, give it a readbelow.

The Me Too movement, started by Black feminist Tarana Burke in 2006, went viral as a hashtag eleven years later after a tweet by white actor Alyssa Milano. Mainstream movements like #MeToo have often built on and co-opted the work of women of colour, while refusing to learn from them or centre their concerns. Far too often, the message is not 'Me, Too' but 'Me, Not You'. Alison Phipps argues that this is not just a lack of solidarity. Privileged white women also sacrifice more marginalised people to achieve their aims, or even define them as enemies when they get in the way. Me, not you argues that the mainstream movement against sexual violence expresses a political whiteness that both reflects its demographics and limits its revolutionary potential. Privileged white women use their traumatic experiences to create media outrage, while relying on state power and bureaucracy to purge 'bad men' from elite institutions with little concern for where they might appear next. In their attacks on sex workers and trans people, the more reactionary branches of this feminist movement play into the hands of the resurgent far-right.