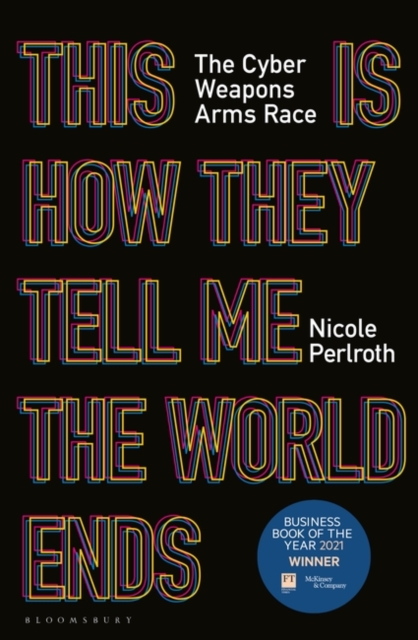 This Is How They Tell Me the World Ends : The Cyberweapons Arms Race

From The New York Times cybersecurity reporter Nicole Perlroth, the untold story of the cyberweapons market-the most secretive, invisible, government-sponsored market on earth-and a terrifying first look at a new kind of global warfare.

Zero day: a software bug that allows a hacker to break in and scamper through the world's computer networks invisibly until discovered. One of the most coveted tools in a spy's arsenal, a zero day has the power to tap into any iPhone, dismantle safety controls at a chemical plant, and shut down the power in an entire nation-just ask the Ukraine.

Zero days are the blood diamonds of the security trade, pursued by nation states, defense contractors, cybercriminals, and security defenders alike. In this market, governments aren't regulators; they are clients-paying huge sums to hackers willing to turn over gaps in the Internet, and stay silent about them. For decades, the United States was the only player in this market. Now, it is just the biggest. Our primary adversaries are now in this market too, each with its own incentive to exploit the Internet's vast security holes for their own spy operations, or all-out cyberwar.