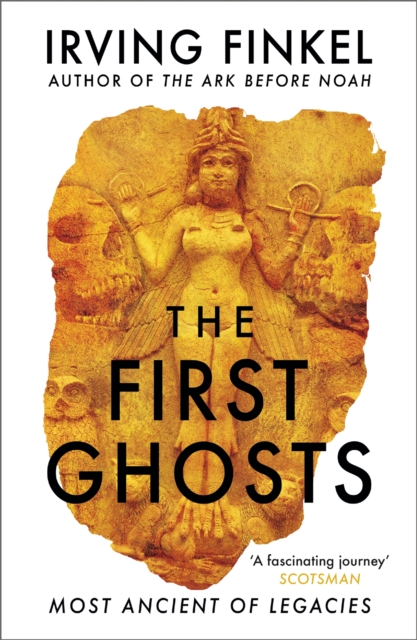 The First Ghosts : A rich history of ancient ghosts and ghost stories from the British Museum curator

There are few things more in common across cultures than the belief in ghosts. Ghosts inhabit something of the very essence of what it is to be human. Whether we personally 'believe' or not, we are all aware of ghosts and the rich mythologies and rituals surrounding them.

They have inspired, fascinated and frightened us for centuries - yet most of us are only familiar with the vengeful apparitions of Shakespeare, or the ghastly spectres haunting the pages of 19th century gothic literature. But their origins are much, much older... The First Ghosts: Most Ancient of Legacies takes us back to the very beginning.

A world-renowned authority on cuneiform, the form of writing on clay tablets which dates back to 3400BC, Irving Finkel has embarked upon an ancient ghost hunt, scouring these tablets to unlock the secrets of the Sumerians, Babylonians and Assyrians to breathe new life into the first ghost stories ever written. In The First Ghosts, he uncovers an extraordinarily rich seam of ancient spirit wisdom which has remained hidden for nearly 4000 years, covering practical details of how to live with ghosts, how to get rid of them and bring them back, and how to avoid becoming one, as well as exploring more philosophical questions: what are ghosts, why does the idea of them remain so powerful despite the lack of concrete evidence, and what do they tell us about being human?