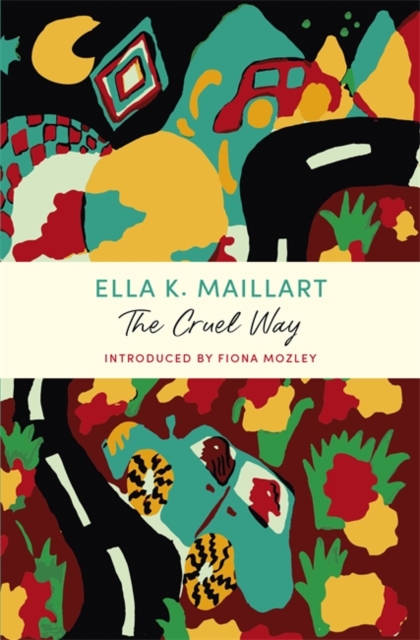 INTRODUCED BY FIONA MOZLEY, Booker-shortlisted author of ElmetWITH EXCERPTS FROM ALL THE ROADS ARE OPEN BY ANNEMARIE SCHWARZENBACH

'We were both travellers - she always running away from an emotional crisis (not seeing that she was already wishing for the next), I always seeking far afield the secret of harmonious living, or filling up time by courting risk, caught by the clean sharp "taste" it gives to life.'In 1939, adventurer and writer Ella Maillart set off on an epic drive from Geneva to Kabul, accompanied by journalist and photographer Annemarie Schwarzenbach, who later became an antifascist and lesbian icon. The two women travelled partly to escape the coming war in Europe, embarking on a daring, and often dangerous, journey through regions where European women were a rarity. But Schwarzenbach was also fighting a losing battle with morphine addiction, and the women's close but often troubled relationship takes centre stage in the narrative as the journey progresses through Turkey, Iran and Afghanistan.

Encountering breathtaking landscapes, ancient ruins and nomadic peoples, The Cruel Way is a gripping, lyrical and deeply empathetic portrait of places, people and friendship. Brought together for the first time with excerpts from All the Roads are Open, Annemarie Schwarzenbach's parallel account of the journey.