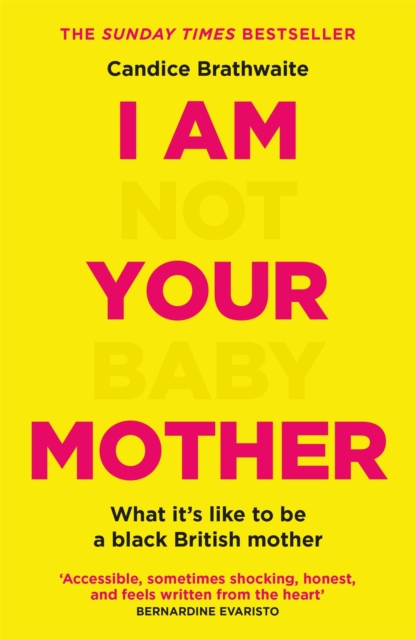 I Am Not Your Baby Mother

A terrific new book we were honoured to feature as part of our #LighthouseLifeRaft! Read our exclusive interview with Candice below!

It's about time we made motherhood more diverse... When Candice fell pregnant and stepped into the motherhood playing field, she found her experience bore little resemblance to the glossy magazine photos of women in horizontal stripe tops and the pinned discussions on mumsnet about what pushchair to buy. Leafing through the piles of prenatal paraphernalia, she found herself wondering: "Where are all the black mothers?". Candice started blogging about motherhood in 2016 after making the simple but powerful observation that the way motherhood is portrayed in the British media is wholly unrepresentative of our society at large. The result is this thought-provoking, urgent and inspirational guide to life as a black mother. It explores the various stages in between pregnancy and waving your child off at the gates of primary school, while facing hurdles such as white privilege, racial micro-aggression and unconscious bias at every point. Candice does so with her trademark sense of humour and refreshing straight-talking, and the result is a call-to-arms that will allow mums like her to take control, scrapping the parenting rulebook to mother their own way.

'The woman bringing a fresh perspective to the mumfluencer world' - Grazia