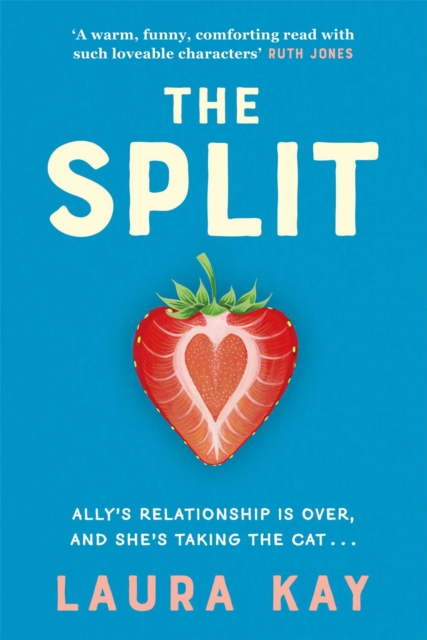 'The Split has everything I love in a novel. It's hilariously funny, it's so uplifting, and its characters are irresistibly loveable' - BETH O'LEARY

'Full of humour, kindness, cake and a cat, this is the novel to turn to in difficult times' - KATIE FFORDE

Brutally dumped by her girlfriend, Ally is homeless, friendless and jobless... but at least she has Malcolm.

Wounded and betrayed, Ally has made off with the one thing she thinks might soothe the pain: Emily's cat. After a long train journey she arrives home to her dad in Sheffield, ready to fold herself up in her duvet and remain on the sofa for the foreseeable. Her dad has other ideas.

A phone call later, and Ally is reunited with her first ever beard and friend of old, Jeremy. He too is broken-hearted and living at home again. In an inspired effort to hold each other up, the pair decide to sign up for the local half marathon in a bid to impress their exes with their commitment and athleticism.

Given neither of them can run, they enlist the support of athletic, not to mention beautiful, Jo. But will she have them running for the hills... or will their ridiculous plan pay off...?A brilliant, heart-warming and intensely funny story of love, heartache, friendship and family.

Perfect for fans of Marian Keyes and Dawn O'Porter.