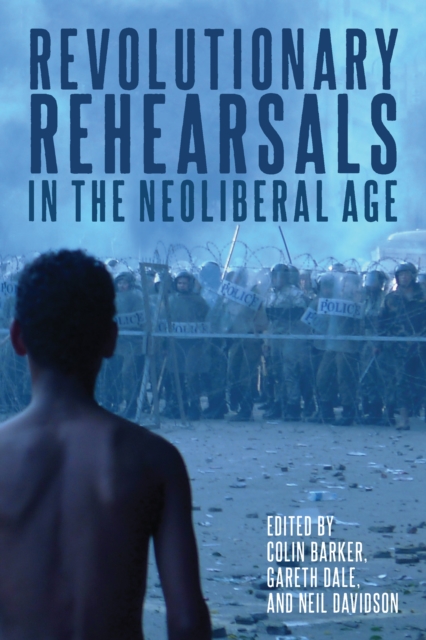 Revolutionary Rehearsals in the Neoliberal Age : Struggling to Be Born?

This indispensable volume surveys revolutionary upheavals across the world between 1989 and 2019, drawing lessons for theorizing revolution today.

This ambitious volume examines revolutionary situations during a non-revolutionary historical conjuncture--the neoliberal era. The last three decades have seen an increase in the number of political upheavals that challenge existing power structures, many of them taking the form of urban revolts. This book compellingly explores a series of such upheavals--in Eastern Europe, South Africa, Indonesia, Argentina, Bolivia, Venezuela, sub-Saharan Africa (including Congo, Zimbabwe, Burkina Faso) and Egypt. Each chapter studies the ways in which protest movements developed into insurgent challenges to state power, and the strategies that regimes have deployed to contain and repress revolt. In addition to empirical chapters, the book engages in theorization of revolution, dealing with questions such as the patterning of revolution in contemporary history, the relationship between class struggle and social movements, and the prospects of socialist revolution in the twenty-first century.