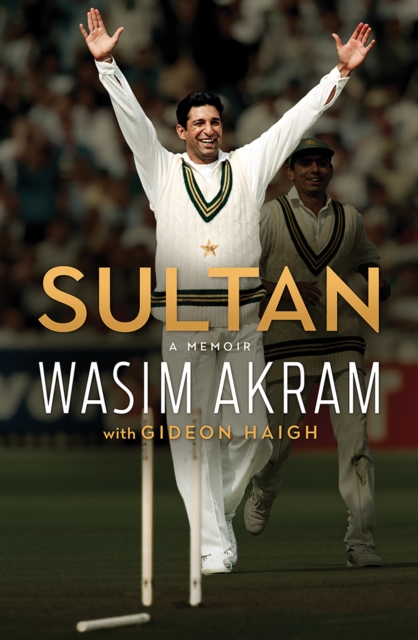 Sultan is the official biography of Wasim Akram, the "sultan of swing", one of the greatest fast bowlers in the history of cricket. For twenty years, Wasim Akram let his cricket do the talking - his electrifying left-arm pace, his explosive left-handed striking, his leadership and his inspiration. For another twenty years he kept his own counsel about those days, full of drama, controversy and even mystery, in a country, Pakistan, that to outsiders is a constant enigma. Until now. Sultan tells the story of cricket's greatest left-arm bowler, and one of its greatest survivors, who was chosen from the streets of Lahore and groomed by Imran Khan to become champion of the world - man of the match in the final of the 1992 World Cup. Along the way were unforgettable rivalries with the greatest of his time, from Viv Richards and Ian Botham to Sachin Tendulkar and Shane Warne. Along the way, too, a backdrop of conspiracy and intrigue over ball tampering and match fixing about which Wasim finally sets the story straight. But there's more: Sultan goes frankly into the crumbling and rebuilding of Wasim's private life, marred by the tragedy of his first wife's death and the torment of addiction. The result is an unprecedented insight into the life of a cricketer who revolutionised the game with his speed and swing, and a patriot buoyed and burdened by the expectation of one of the game's most fanatical publics.