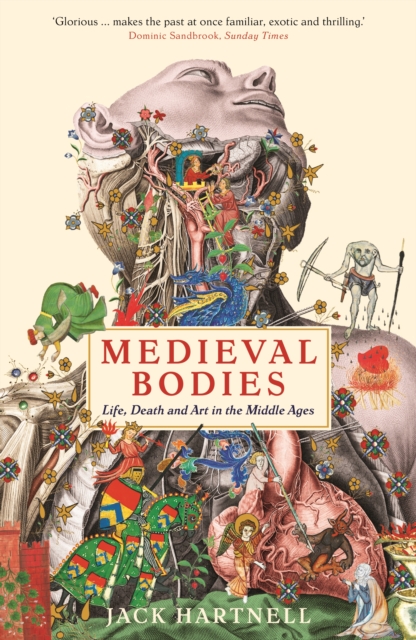 Medieval Bodies : Life, Death and Art in the Middle Ages

Dripping with blood and gold, fetishized and tortured, gateway to earthly delights and point of contact with the divine, forcibly divided and powerful even beyond death, there was no territory more contested than the body in the medieval world. In Medieval Bodies, art historian Jack Hartnell uncovers the complex and fascinating ways in which the people of the Middle Ages thought about, explored and experienced their physical selves.

In paintings and reliquaries that celebrated the - sometimes bizarre - martyrdoms of saints, the sacred dimension of the physical left its mark on their environment. In literature and politics, hearts and heads became powerful metaphors that shaped governance and society in ways that are still visible today. And doctors and natural philosophers were at the centre of a collision between centuries of sophisticated medical knowledge, and an ignorance of physiology as profound as its results were gruesome.

Like a medieval pageant, this striking and unusual history brings together medicine, art, poetry, music, politics, cultural and social history and philosophy to reveal what life was really like for the men and women who lived and died in the Middle Ages.Medieval Bodies is published in association with Wellcome Collection.