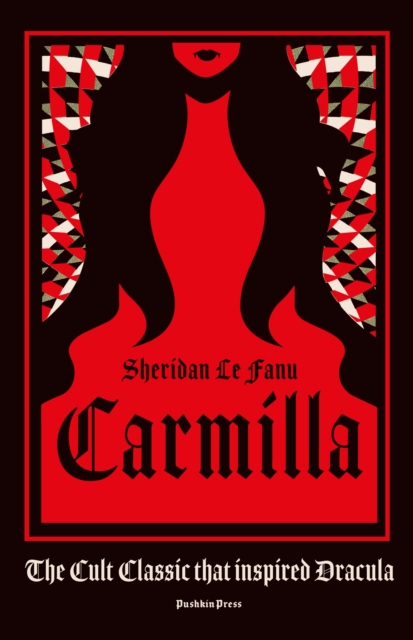 Carmilla is the original vampire story, steeped in the sexual tension between two young women and gothic romance.

A deluxe gift edition of the cult classic that predated and greatly influenced Dracula and much vampire literature that followed, including Anne Rice's Vampire Chronicles.

In an isolated castle deep in the Austrian forest, teenaged Laura leads a solitary life with only her father, attendant and tutor for company. Until one moonlit night, a horse-drawn carriage crashes into view, carrying an unexpected guest -- the beautiful Carmilla.

So begins a feverish friendship between Laura and her entrancing new companion, one defined by mysterious happenings and infused with an implicit but undeniable eroticism. As Carmilla becomes increasingly strange and volatile, prone to eerie nocturnal wanderings, Laura finds herself tormented by nightmares and growing weaker by the day...