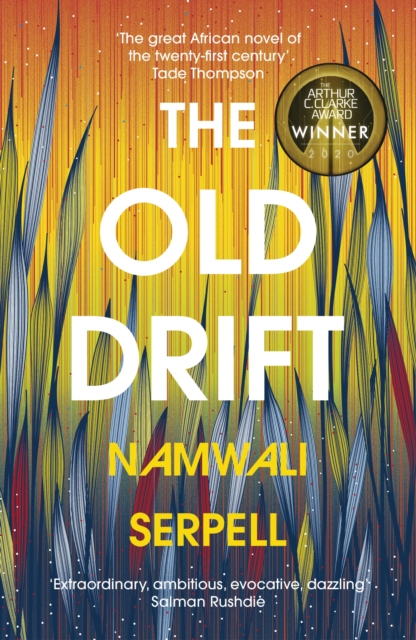 'Extraordinary, ambitious, evocative... The Old Drift is an impressive book, ranging skillfully between historical and science fiction, shifting gears between political argument, psychological realism and rich fabulism...a dazzling debut, establishing Namwali Serpell as a writer on the world stage' SALMAN RUSHDIE Longlisted for the Debut Crown Historical Writers Association Award 2019 Longlisted for the Center for Fiction First Novel Prize 2019 On the banks of the Zambezi River, a few miles from the majestic Victoria Falls, there was once a colonial settlement called The Old Drift. Here begins the epic story of a small African nation, told by a mysterious swarm-like chorus that calls itself man's greatest nemesis. The tale? A playful panorama of history, fairytale, romance and science fiction. The moral? To err is human. In 1904, in a smoky room at the hotel across the river, an Old Drifter named Percy M. Clark, foggy with fever, makes a mistake that entangles the fates of an Italian hotelier and an African busboy. This sets off a cycle of unwitting retribution between three Zambian families (black, white, brown) as they collide and converge over the course of the century, into the present and beyond. As the generations pass, their lives - their triumphs, errors, losses and hopes - form a symphony about what it means to be human. From a woman covered with hair and another plagued with endless tears, to forbidden love affairs and fiery political ones, to homegrown technological marvels like Afronauts, microdrones and viral vaccines - this gripping, unforgettable novel sweeps over the years and the globe, subverting expectations along the way. Exploding with colour and energy, The Old Drift is a testament to our yearning to create and cross borders, and a meditation on the slow, grand passage of time.