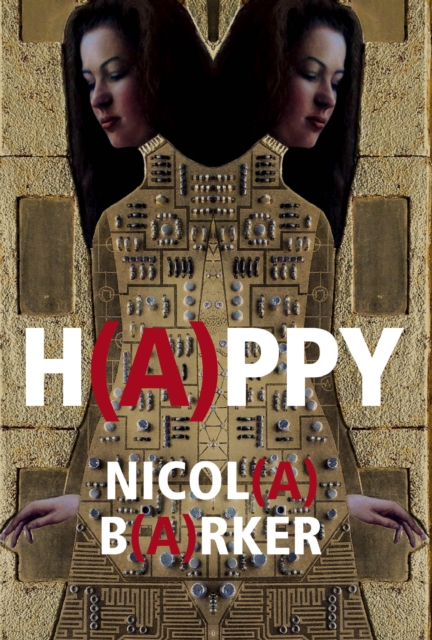 From the internationally acclaimed, Man Booker-shortlisted Nicola Barker comes a new novel, a post-post apocalyptic story that overflows with pure creative talent. Imagine a perfect world where everything is known, where everything is open, where there can be no doubt, no hatred, no poverty, no greed. Imagine a System which both nurtures and protects. A Community which nourishes and sustains. An infinite world. A world without sickness, without death.

A world without God. A world without fear. Could you...might you be happy there? H(A)PPY is a post-post apocalyptic Alice in Wonderland, a story which tells itself and then consumes itself. It's a place where language glows, where words buzz and sparkle and finally implode. It's a novel which twists and writhes with all the terrifying precision of a tiny fish in an Escher lithograph - a book where the mere telling of a story is the end of certainty.