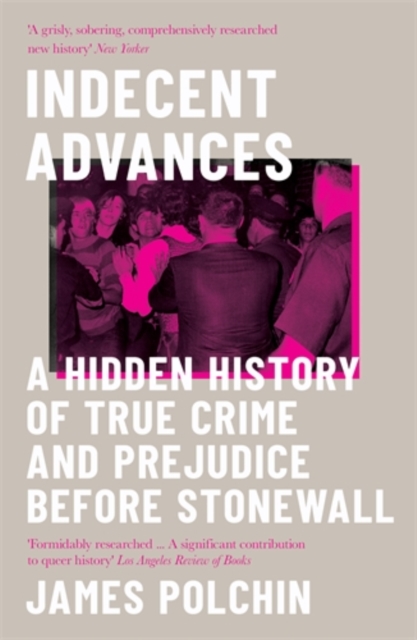 Indecent Advances : A Hidden History of True Crime and Prejudice Before Stonewall

Indecent Advancesis a skilful hybrid of true crime and social history that examines the often-coded portrayal of crimes against gay men in the decades before Stonewall. New York University professor and critic James Polchin illustrates how homosexuals were criminalized, and their murders justified, in the popular imagination from 1930s 'sex panics' to Cold War fear of Communists and homosexuals in government.

He shows the vital that role crime stories played in ideas of normalcy and deviancy, and how those stories became tools to discriminate against and harm gay men. J. Edgar Hoover, Kerouac, Burroughs, Patricia Highsmith, James Baldwin, Allen Ginsberg and Gore Vidal all feature.Published around the fiftieth anniversary of the Stonewall uprising in 1969,

Indecent Advances investigates how queer men navigated a society that criminalized them. Polchin shows how this discrimination was ultimately transformed by gay rights activists before Stonewall, and explores its resonances up to and including the policing of Gianni Versace's death in 1997.