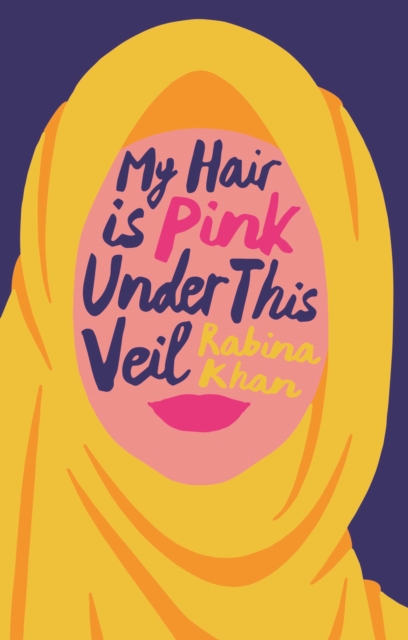 My Hair Is Pink Under This Veil

It was in 2015, when Rabina Khan was standing as an independent candidate in the Tower Hamlets' mayoral elections, that a male voter asked her what colour her hair was under her veil. She said it was pink. He smiled, so she smiled back adding, 'Not really, it's green.' This interaction sparked the writing of an article, which developed into a talk at the University of Cambridge and grew into her first book.

My Hair Is Pink Under This Veil reveals how a Muslim woman reconciles her faith with British culture to construct a successful political career against a backdrop of blame, bias, ignorance and misogyny - including from her own community. It shows how the hijab has become a symbol of the modern Muslim woman's personal style and strength. Khan's book challenges outdated views about Muslim women and shows that Muslims often identify more strongly with Britain and British values than most other British citizens. It explores misconceptions regarding Islam, inequality and integration, at a time when Britain faces its own issues with radicalisation, extremism and political divisions.

'A funny, engaging and moving memoir. Rabina captures nuances and shatters stereotypes.' - Fatima Manji, Channel 4 News 'This book gives an important insight into the experiences of British Muslim women, whose voices are too often marginalised.' - Jo Swinson, former leader of the Liberal Democrats