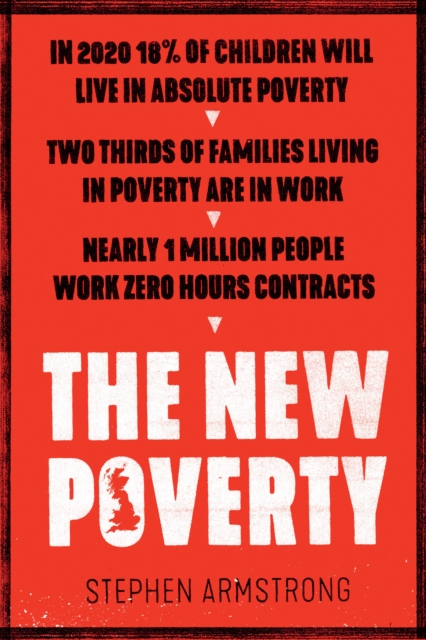 We are living in an age with unprecedented levels of poverty. Who are the new poor? And what can we do about it? Today 13 million people are living in poverty in the UK. According to a 2017 report, 1 in 5 children live below the poverty line.

The new poor, however, are an even larger group than these official figures suggest. They are more often than not in work, living precariously and betrayed by austerity policies that make affordable good quality housing, good health and secure employment increasingly unimaginable.

In The New Poverty investigative journalist Stephen Armstrong travels across Britain to tell the stories of those who are most vulnerable. It is the story of an unreported Britain, abandoned by politicians and betrayed by the retreat of the welfare state. As benefit cuts continue and in-work poverty soars, he asks what long-term impact this will have on post-Brexit Britain and--on the seventy-fifth anniversary of the 1942 Beveridge report--what we can do to stop the destruction of our welfare state.