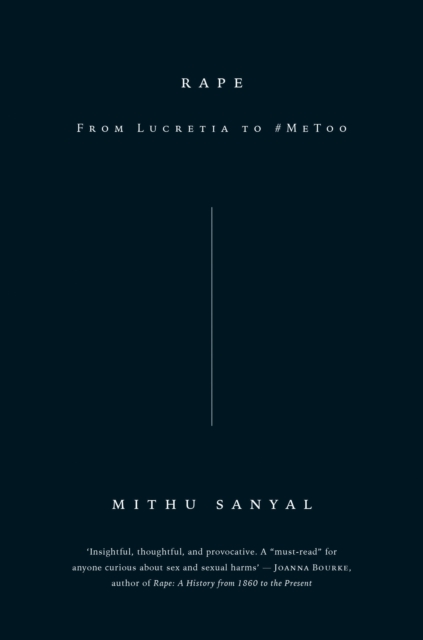 Rape : From Lucretia to #MeToo

A bold, honest and unflinching look at the way we talk and think about rape Thanks to Title IX cases, #MeToo, and #Times Up, the issue of rape seems to be constantly in the news. But our thinking on the subject has a long history, one that cultural critic Mithu Sanyal elegantly reconstructs. She narrates a history spanning from Lucretia--whose legendary rape and suicide was said to be the downfall of the last Roman king--to second-wave feminism, Tarzan, and Roman Polanski. Sanyal demonstrates that the way we understand rape is remarkably (and alarmingly) consistent across the ages, even though the world has changed beyond recognition. It is high time for a new and informed debate about sexual violence, sexual boundaries, and consent. Mithu Sanyal shows that our comprehension of rape is closely connected to our understanding of sex, sexuality, and gender. Why is it that we expect victims to be irreparably damaged? When we think of rapists, why do we think of strangers rather than uncles, husbands, priests, or boyfriends? And in the era of #MeToo, what should "justice" look like? Rape: From Lucretia to #MeToo examines the role of race and the recurrent image of the black rapist, the omission of male victims, and what we mean when we talk about "rape culture." Sanyal takes on every received opinion we have about rape, arguing with liberals, conservatives, and feminists alike.