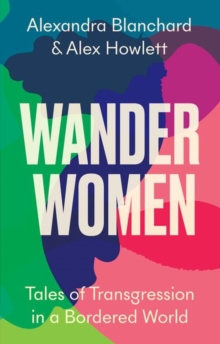 Wander Women : Tales of Transgression in a Bordered World

Governments' decisions usually impact most on the lives of women and people of marginalised genders--yet their stories often go unheard. Wander Women unites tales of different journeys around the world and shines light on the boundaries and constraints--both physical and invisible, political and social--that mould the lives of cis women, trans people and gender-nonconforming individuals. In this moving and reflective book, two journalists draw links between the gendering of migration and the policing of gender; between cities and borders that restrict mobility.

Those sharing their stories tell us what it is like to move through the world with a 'threatening' gender identity, the 'wrong' nationality, 'transgressive' politics, or a 'disability'. From the streets of London to the ruins of Syria, from Calais to Russia to Western Sahara, this book gathers voices of all ages--of pioneering activists and artists, matriarchs and mothers, politicians and humanitarians. They paint a picture of structural inequality, in which gender, movement and freedom have long been intertwined.

A current of warmth and resilience runs through and connects these extraordinary voices. They offer tales of resistance and determination, in a world that tries to deny many the right to make their own choices.