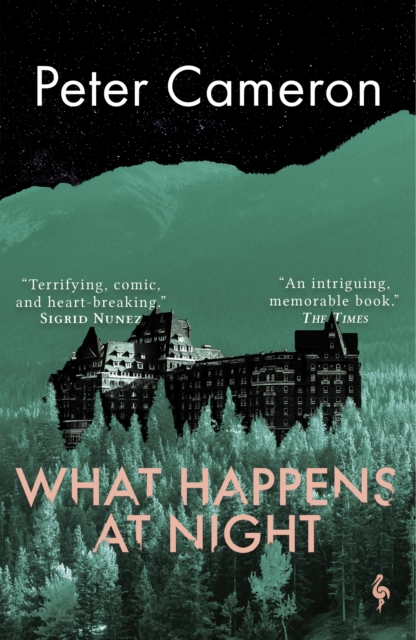 What Happens at Night

A couple travel to a strange, snowy European city to adopt a baby, who they hope will resurrect their failing marriage. Their difficult journey leaves the wife desperately weak, and her husband worries that her apparent illness will prevent the orphanage from releasing their child.

The couple check into the cavernous and eerily deserted Borgarfjaroasysla Grand Imperial Hotel where they are both helped and hampered by the people they encounter: an ancient, flamboyant chanteuse, a debauched businessman, an enigmatic faith healer, and a stoical bartender who dispenses an addictive, lichen-flavoured schnapps. Nothing is as it seems in this baffling, frozen world, and the longer the couple endure the punishing cold the less they seem to know about their marriage, themselves, and even life itself.