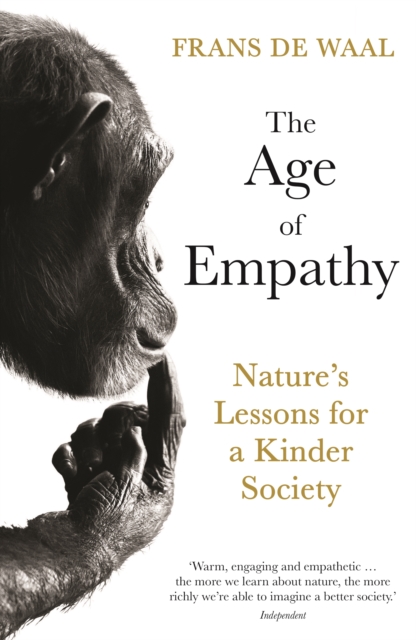 The Age of Empathy : Nature's Lessons for a Kinder Society

'Kindness and co-operation have played a crucial role in raising humans to the top of the evolutionary tree ... We have thrived on the milk of human kindness.' Observer

BY THE AUTHOR OF ARE WE SMART ENOUGH TO KNOW HOW SMART ANIMALS ARE?

'There is a widely-held assumption that humans are hard-wired for relentless and ruthless competition ... Frans de Waal sees nature differently - as a biological legacy in which empathy, not mere self-interest, is shared by humans, bonobos and animals.' Ben Macintyre

Empathy holds us together. That we are hardwired to be altruistic is the result of thousands of years of evolutionary biology which has kept society from slipping into anarchy. But we are not alone: primates, elephants, even rodents are empathetic creatures too.Social behaviours such as the herding instinct, bonding rituals, expressions of consolation and even conflict resolution demonstrate that animals are designed to feel for each other. From chimpanzees caring for mates that have been wounded by leopards, elephants reassuring youngsters in distress and dolphins preventing sick companions from drowning, with a wealth of anecdotes, scientific observations, wry humour and incisive intelligence, The Age of Empathy is essential reading for all who believe in the power of our connections to each other.