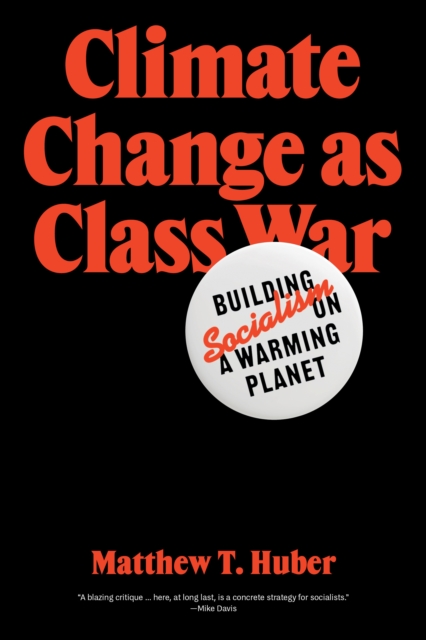 The climate crisis is not primarily a problem of 'believing science' or individual 'carbon footprints' - it is a class problem rooted in who owns, controls and profits from material production.

As such, it will take a class struggle to solve. In this ground breaking class analysis, Matthew T. Huber argues that the carbon-intensive capitalist class must be confronted for producing climate change. Yet, the narrow and unpopular roots of climate politics in the professional class is not capable of building a movement up to this challenge. For an alternative strategy, he proposes climate politics that appeals to the vast majority of society: the working class.

Huber evaluates the Green New Deal as a first attempt to channel working class material and ecological interests and advocates building union power in the very energy system we so need to dramatically transform. In the end, as in classical socialist movements of the early 20th Century, winning the climate struggle will need to be internationalist based on a form of planetary working class solidarity.