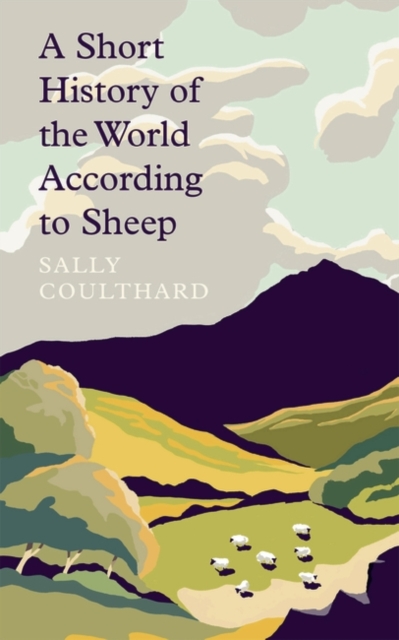 A Short History of the World According to Sheep

Coulthard, Sally More by this author...£16.99Out of stock
Share:

'This book deserves a place in your bookcase next to Harari's Sapiens. It's every bit as fascinating and is surely destined to be just as successful' Julian Norton. An addictively free-ranging survey of the massive impact that the domesticated ungulates of the genus Ovis have had on human history. From the plains of ancient Mesopotamia to the rolling hills of medieval England to the vast sheep farms of modern-day Australia, sheep have been central to the human story. Starting with our Neolithic ancestors' first forays into sheep-rearing nearly 10,000 years ago, these remarkable animals have fed us, clothed us, changed our diet and languages, helped us to win wars, decorated our homes, and financed the conquest of large swathes of the earth. Enormous fortunes and new, society-changing industries have been made from the fleeces of sheep, and cities shaped by shepherds' markets and meat trading. Sally Coulthard weaves the rich and fascinating story of sheep into a vivid and colourful tapestry, thickly threaded with engaging anecdotes and remarkable ovine facts, whose multiple strands reflect the deep penetration of these woolly animals into every aspect of human society and culture. REVIEWS: 'This is such a great book: I would recommend it to anyone who has an interest in history or sheep - or simply a passion for reading captivating and high-quality prose. It's extremely well researched and written in a very engaging style. It trumped my Clive James memoir, which I put to one side. I read A History of the World According to Sheepwithin two days. (And that's impressive for me. It usually takes me weeks to finish a book.) You'd never imagine the role sheep have played across the centuries: from the egregious rampaging of Genghis Khan to the success of the Medici dynasty during the Renaissance to the Scottish Highland Clearances of the eighteenth century. The trade in their wool has financed wars; lanolin from their fleeces has fuelled the huge industry in beauty products, and ovine intestines even had a hand in controlling both birth rates and the spread of syphilis. And that's before we get onto jumpers. Or cheese...' Julian Norton, the Yorkshire Vet.