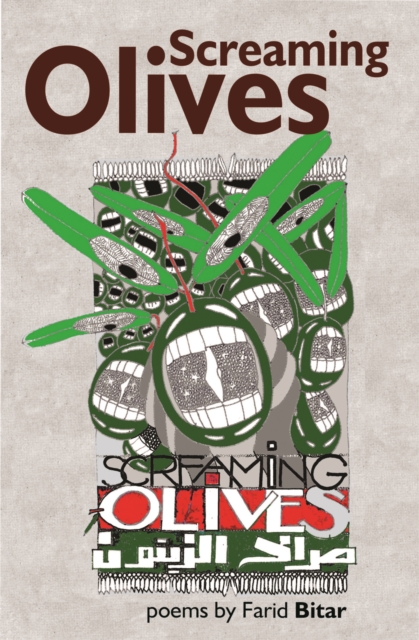 Since 1967 almost a million Palestinian olive trees have been cut down by the\nIsraeli authorities in order to ruin the Palestinian economy and by settlers attempting to uproot Palestinian culture. Screaming Olives is about the trees that have seen so much suffering: the Nakbah, the wars of 1967 and 1973, the invasions of Gaza and Lebanon, the Intifadas, the settler movement, the continuing blockade of Gaza. Farid Bitar – who has lived in exile for forty years – connects the story of his ‘stolen homeland’ to the stories of Selma, Eric Garner, Rachel Corrie, Emmett Till, Charlie Hebdo, the walls of Trump and Netanyahu.

Screaming Olives is about a country that no longer exists, but refuses to die, about occupation, resistance and resilience. It’s a demand for the right of return for the five million Palestinians living in exile. And it is a refusal to be erased.