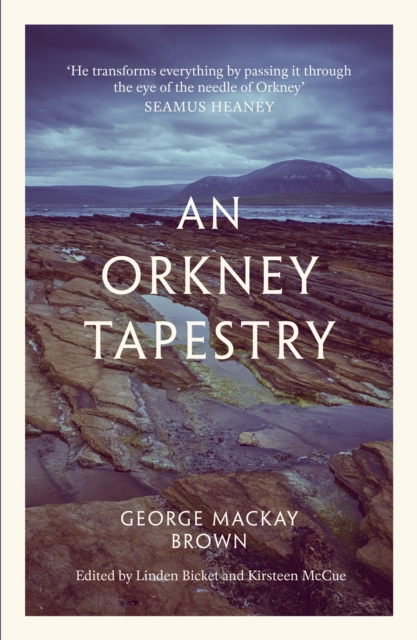 First published in 1969, An Orkney Tapestry, George Mackay Brown's seminal work, is a unique look at Orkney through the eye of a poet. Originally commissioned by his publisher as an introduction to the Orkney Islands, Brown approached the writing from a unique perspective and went on to produce a rich fusion of ballad, folk tale, short story, drama and environmental writing. The book, written at an early stage in the author's career, explores themes that appear in his later work and was a landmark in Brown's development as a writer. Above all, it is a celebration of Orkney's people, language and history. This edition reproduces Sylvia Wishart's beautiful illustrations, commissioned for the original hardback.Made available again for the first time in over 40 years, this new edition sits alongside Nan Shepherd's The Living Mountain as an important precursor of environmental writing by the likes of Kathleen Jamie, Robert Macfarlane, Malachy Tallack and, most recently, Amy Liptrot.